How HEART UK helped me understand cholesterol – the silent killer 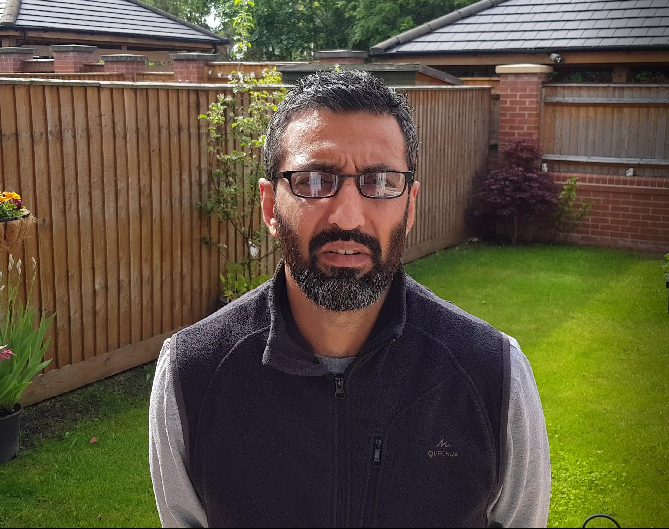 Gurcharan, 44, married with a 9-year-old daughter, had a busy job as an assistant store manager of a large supermarket. He had an active lifestyle - walking to work every day, running once a week, eating a good diet, didn’t smoke and was not overweight. How could someone so young and so healthy have heart disease? Yet unbeknown to him he had a huge blockage in his left artery and is lucky to be alive today.

Cardiovascular disease (CVD) is an umbrella term for all diseases of the heart and circulation and is one of the UK’s leading causes of death and the most common cause of premature death. Around twice as many people are living with heart and circulatory diseases in the UK than with cancer and Alzheimer’s disease combined.  Raised blood cholesterol is a major risk factor for CVD and increases the chance of someone having a heart attack, stroke or developing vascular dementia.

Gurcharan had been experiencing chest pain on and off for a while but put it down to stress and anxiety, while his doctor didn’t seem too worried, and organized a routine scan.  Six weeks later and four days before the Covid-19 lockdown in the UK, Gurcharan got a call from his cardiologist as his scan results had come through. “I had a blockage in my left artery, and I was asked to make an urgent appointment to see him the next day, I nearly fainted with the shock”, says Gurcharan. He continues, “News of some cases of Covid had just started, and all the hospital staff were all wearing PPE which was frightening and added to my anxiety. I was worried because both my parents had heart bypass operations for blocked arteries in their 50’s, and my uncle was just 49 and had the same operation. I was immediately prescribed statins and another follow up appointment was made.”

Naturally, Gurcharan was worried, confused and had many unanswered questions about his condition and hereditary CVD which he couldn’t find the answers to.  Luckily, doing a Google search, he found HEART UK – The Cholesterol Charity’s website which really helped him to understand things.  “I rang the HEART UK Helpline and spoke to their specialist cardiac nurse who was so helpful and kind and gave me lots of valuable information, support and confidence.  Discovering HEART UK was just brilliant.  It gave me answers to the many questions whirling through my head all the time”, concludes Gurcharan.

In late June, during the lockdown, Gurcharan started to get bad palpitations and his cardiologist brought his review appointment forward. He was called in for an angiogram. “Lying there, I saw on a big screen a 99% blockage in my left artery. 15 minutes later, they had put a stent in via my wrist. Afterwards, in recovery, my cardiologist told me that I was a very lucky guy, that I had been hanging on like a piece of string. I could not thank him enough. At 5.30 p.m. I was discharged and went home.

“At my last review, I was given all clear for FH (the inherited form of high cholesterol) and my cholesterol level is now low. I still have no explanation for my premature heart disease but was told that I could still have a heart attack in 10 years’ time.  I’ve now gone back to work on a phased return.  This experience has made me rethink my life.  ''Last year I had a 99% blockage in my left artery. A stent saved my life. I was so scared - having a heart condition and with Covid ever present - made it ten times worse. HEART UK’s information and support has been a lifeline for me – it gave me all the answers to the questions I had been asking. Going through all of this been a real wake up call. I know that I need to spend quality time with my wife and daughter because who knows what the future will bring".