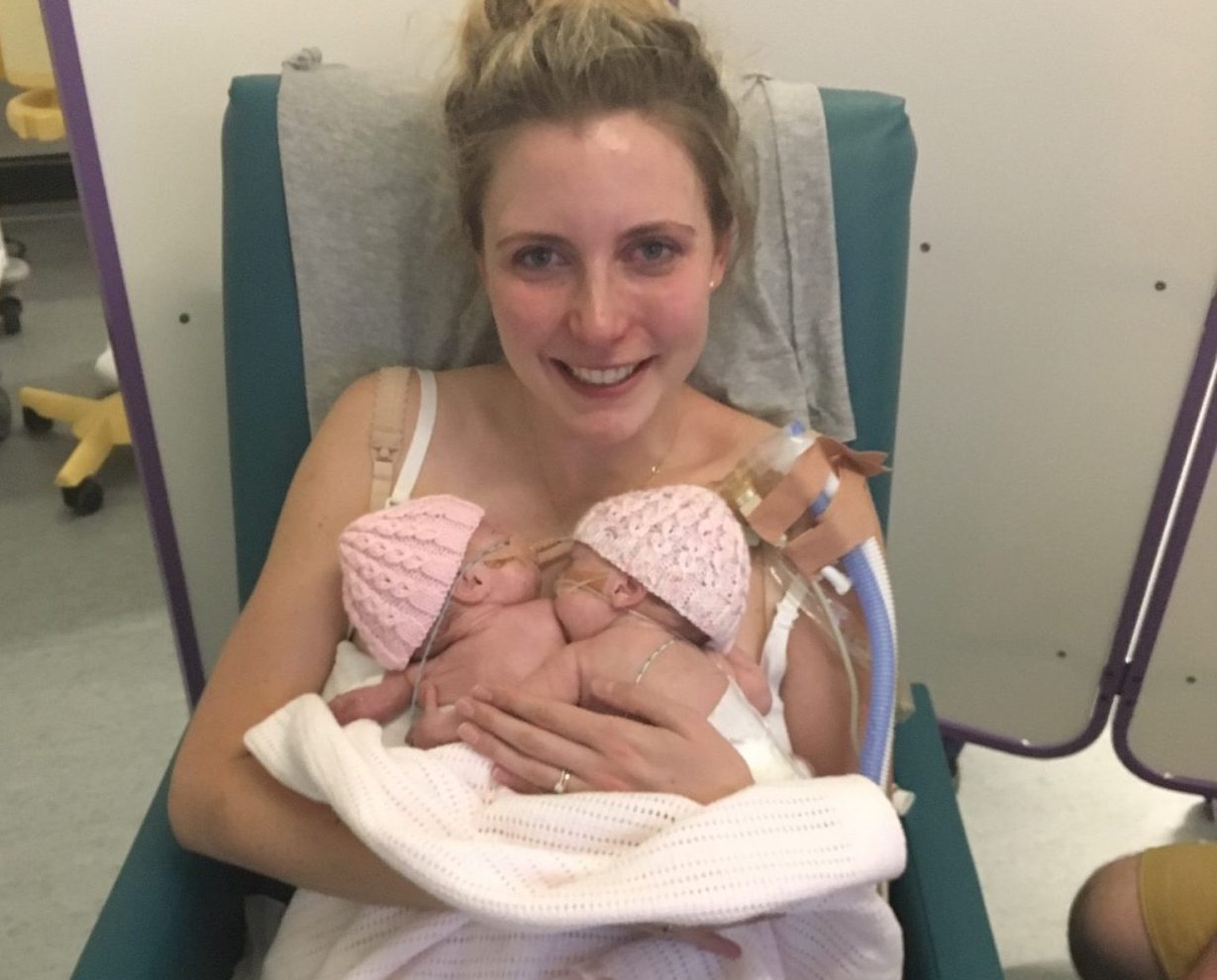 A family’s fundraising in memory of their baby daughter has contributed to improvements on the neonatal wards at Leeds Children’s Hospital, allowing parents to stay closer to their newborns for longer.

Esme and twin sister Charlotte were born three months prematurely in 2016 and were very poorly from birth. Charlotte was diagnosed with cerebral palsy following a brain haemorrhage, while Esme contracted meningitis and ventriculitis following infection and sadly never recovered. Charlotte was able to go home on what would have been her due date, three months later.

Contributions from the Cambellinas’ ‘Save my Seat’ fundraising campaign has enabled Leeds Hospitals Charity to purchase special reclining chairs, guest beds and retractable screens between cots at a cost of nearly £20,000. The screens ensure privacy and dignity for parents whilst sleeping and in their nightwear, whereas guest beds allow patients to remain by their child, which is essential for caring, development and growth for mum and baby.

“When Esme died, we felt such huge gratitude towards the unit and how incredibly supportive and hardworking they were. Everything that they’ve done for our family – we wanted to say thank you to them.

“A huge part of setting up Campbellinas was part of our grief, and it helped us to process and accept. I think my way of continuing to mother Esme was all involved in the neonatal unit and Campbellinas.

“When I was on the unit, there were some big, comfy chairs. You don’t realise until you’re in that position – the small things that you don’t necessarily think of – a relaxing reclining chair makes a world of difference.

“But it almost turned into a bit of a joke because they didn’t have many.  So if you managed to bag yourself a comfy chair in the morning, you either got your husband to sit on it when you went to go and express, or the nurse would have to save your seat. This is what led to us starting ‘Save my Seat.’

“It feels very comforting that we’ve done something to help others going through a pretty unimaginable experience.”

The Leeds Centre for Newborn Care is at Leeds Children’s Hospital is one of the largest neonatal services in the country. It provides specialist care to around 1,700 babies each year, many of whom need intensive care or surgery.

The service uses a model of Family Integrated Care (FICare), introduced in 2015, the first of its kind in the UK. This enables parents to get to know their baby and learn how to care for them, all of which improves outcomes for these tiny, sick babies.

“The Campbell family were able to benefit from FICare, and now their generous donation will enable many more families to do so.”