The marathon took place yesterday and was held virtually for all but elite runners because of Covid-19, having initially been postponed from April to October.

Organisers said some 45,000 people from 109 countries ran the marathon locally in the 24 hours they had to complete it. 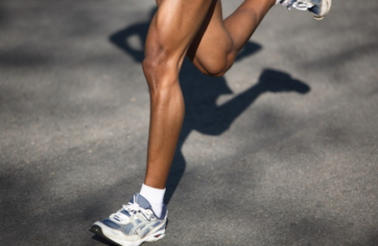 Donations on Virgin Money Giving down compared to last year

The London Marathon is the biggest mass-participation fundraising event of the year for charities, raising £66.4m in 2019.

The fundraising total released by Virgin Money Giving on the day after the race is down by more than a third compared to last year’s when £25.5m was raised.

However, donations are still coming in, and JustGiving has not released its fundraising total yet, so a full comparison between the two events is not possible.

The 2.6 Challenge, the virtual fundraising event that replaced the London Marathon in April, raised about £11.2m.

“I would like to thank every participant who raised funds for their chosen charity and everyone who donated to their cause. This is the true spirit of the world’s greatest marathon.”

Donations on Virgin Money Giving down by £25 since March

Virgin Money Giving also revealed that it saw a decrease in donations overall following the start of the pandemic, with gross donations down by £25m between March and August 2020 compared with the same period last year.

Jo Barnett, executive director at Virgin Money Giving, said: “This has been an extraordinary year and while this wasn’t the 40th marathon we’d planned for, it’s been hugely encouraging to see 45,000 runners throw their weight behind a virtual race and pound their local streets instead.

“Every runner and walker has defied the obstacles Covid-19 has brought to this annual event and shown a single-minded determination to carry on raising funds for the charities that matter to them. It’s both heartening and inspiring.

“The virtual 2020 Virgin Money London Marathon has provided charities across the UK with much-needed funds in a year when it’s never been more important to dig deep and demonstrate support for the incredible work these organisations do.”

Learning disability charity Mencap, the London Marathon’s charity partner of the year, had more than 300 runners taking part in the race, and has raised £710,000 so far.

Edel Harris, chief executive of Mencap, said: “While our Team Mencap runners may not have had the race day they had hoped for, we are overwhelmed by their commitment to run the 26.2 miles in their local area. Our 10 runners with a learning disability did a particularly incredible job and showed the world what they can achieve.

“The money raised by all our runners will make a huge difference to the lives of people with a learning disability, particularly as we support them through the difficult circumstances they are facing this year.”