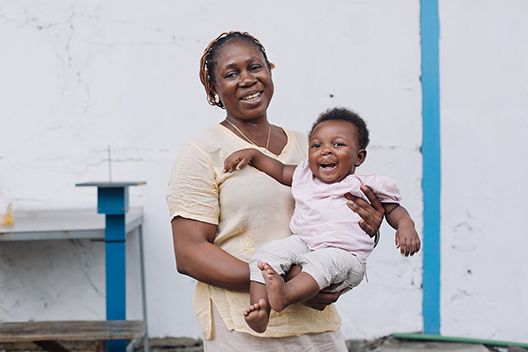 Mercy Ships is an innovative medical charity that operates the largest charity-run hospital ship in the world, delivering free, safe medical care to some of the world’s least-developed countries. We help the world’s forgotten poor, people like Baby Junior:

When Baby Junior was first brought to the Africa Mercy, his mother, Francoise was living her worst nightmare. He had been born with a cleft lip and palate that made it impossible for him to nurse properly. At three months he weighed just 4 pounds and 4 ounces – less than when he was born!

Mercy Ships medical staff immediately recognised that Baby Junior’s condition was critical. They brought him onboard the Africa Mercy immediately before the hospital was even officially opened.

Three months later, weighing a whopping 14 pounds 1 ounce, Junior was three times the baby he was when he first arrived. He was strong enough for surgery that would restore his future and reward his mother’s courageous hope.

And now, Baby Junior has reached a milestone his mother thought she would never see: his first birthday!

Globally, five billion people have no access to safe and affordable surgery when they need it. o   As well as providing direct medical care on our hospital ship during ten-month field service, we implement a programme of system-strengthening and policy change across the whole country, vastly improving the medical infrastructure for generations to come.