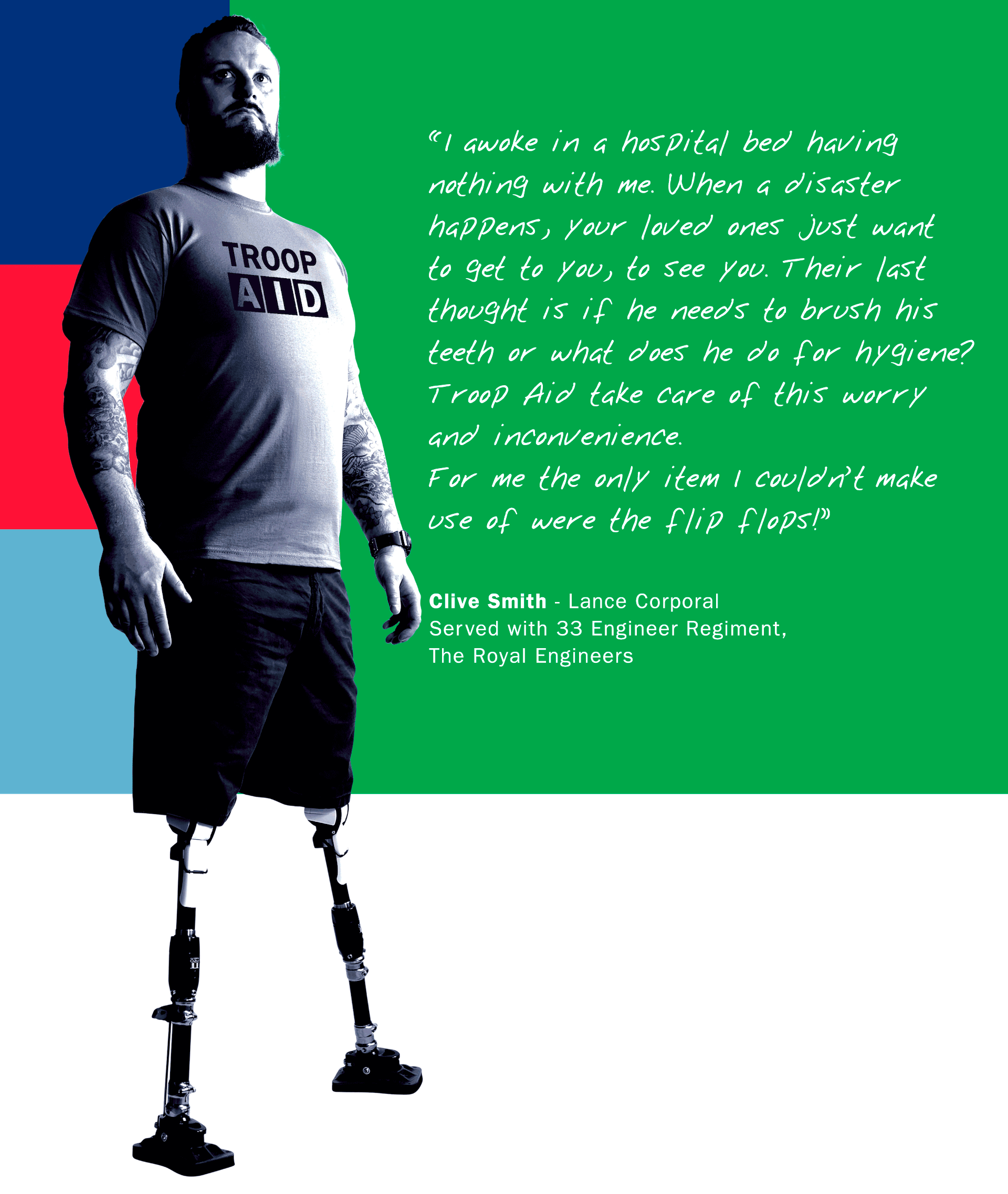 Injured soldiers rescued from battlefields in Iraq, Afghanistan, and Syria can arrive home for hospital treatment wearing little more than boxers and a blanket. And the numbers of British injured has multiplied in recent years. So a charity set up to give the battle-scarred some basic requirements, while they are treated back at home, has been working overtime to supply their basic needs.

Founder Albert Sutton, who was in the same regiment as Lee Rigby, created the charity almost 13 years ago after a chance donation.

He was in a British Legion bar in Birmingham with two friends and approached by a member of the public with £50 and asked what he would suggest spending it on for members of the armed services.

“I suggested sweets for the injured at Sellyoak Hospital, Birmingham,” he recalled. “We asked Cadbury and they gave us £400 worth.

“The staff there said some patients would arrive with nothing but their boxer shorts and a blanket. I said ‘That’s not good enough. They deserve some dignity.’

“That was just the start.

“Now they have three staff, an army of volunteers and the Prince of Wales as patron.

With the fifth anniversary of the death of Lee Rigby approaching, it is a good time to remember our injured servicemen by helping them with the basic necessities.

Albert was a soldier and officer for 38 years.

He said: “We look after all our servicemen and women after they return from wherever they have served their country in the world.

“We are very proud to be able to do this and we would love your support to continue this necessary work.”